The Nerd Herd is the computer and technical support division of the fictional Buy More in Chuck.

It is a parody of similar teams, such as the real world Best Buy Geek Squad. Many of the subplots that occur at the Buy More involve members of the Nerd Herd. The Nerd Herd team is in charge of fixing and installing computers and home electronics.

At the Burbank store, Chuck is the supervisor of the Nerd Herd, and his team includes Lester Patel, Jeff Barnes, and Skip Johnson among others. Lester and Jeff consider themselves 'computer artists', working with Mac products and not sullying their minds or hands with Microsoft-compatible products.

In Season Four it was shown that the Nerd Herd has their own search engine. Chuck is seen using it when he attempts to find out about The Contessa after it is mentioned by Alexei Volkoff.

The results of the search were never shown, however, as Devon shows up immediately afterward he initiates to speak with him.

The Nerd Herd employees attend to off site service calls in the company owned Nerd Herder.

There are a total of five Nerd Herders. All of the vehicles have red and white coloring, with the Nerd Herder logo on the sides and across the hood.

Since the CIA take over of the branch, most have been heavily modified and can include ejector seats, GPS tracking, and detention mode.

The Nerd Herd plays a significant role in the branding of the series, and the "running man" stick figure logo features prominently into the opening credits sequence through the entire series.

In early videos for Chuck prior to the pilot episode running, Chuck Bartowski is seen referring to the Geek Force rather than the Nerd Herd. 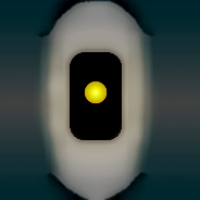